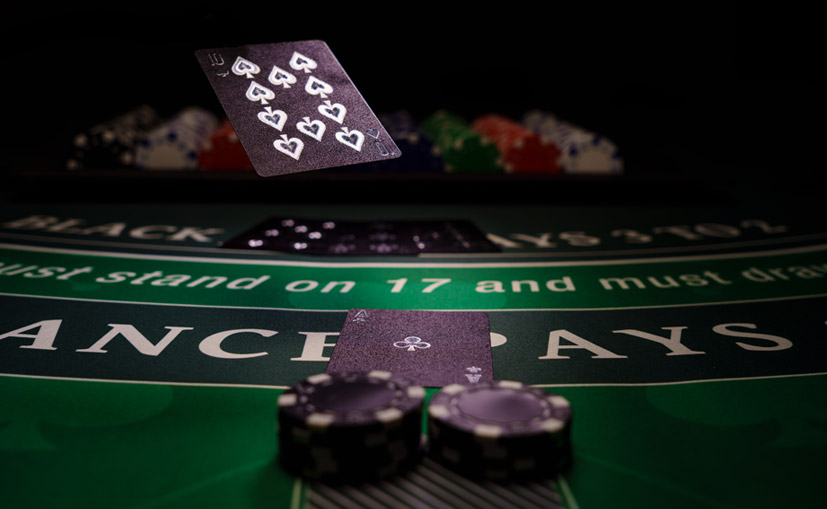 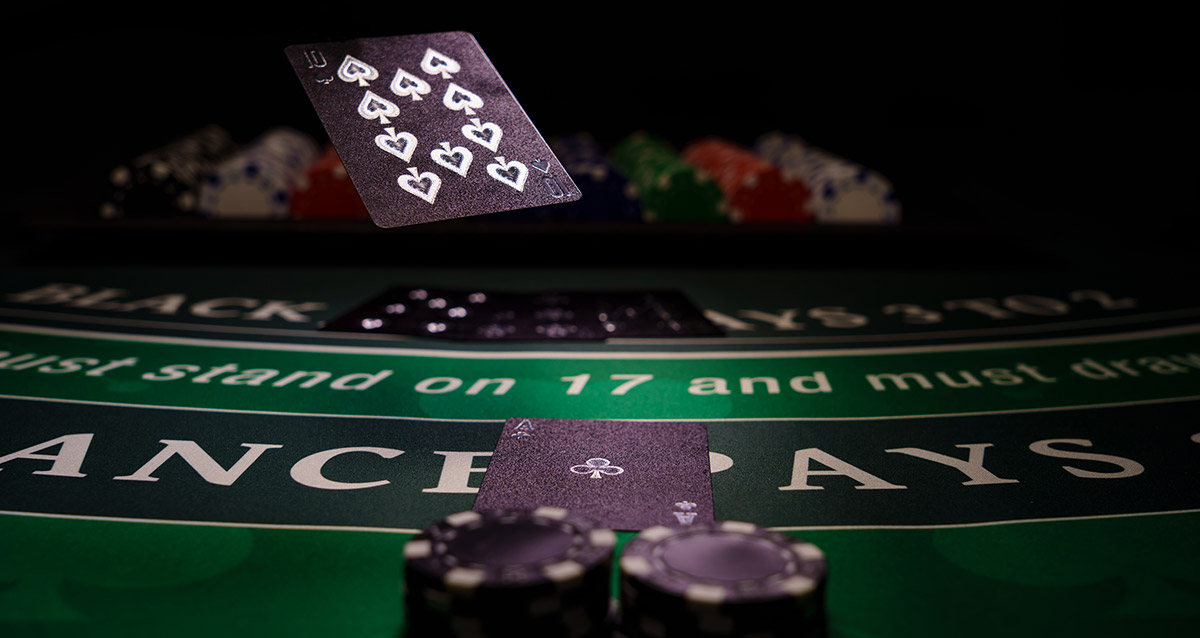 Oh blackjack. This is the most popular game among gamblers and online casinos. At the beginning of the last century, the game gained incredible popularity all over the world, and today it is one of the favorite card games in casinos.

But do you know the rules of blackjack? If not, let's figure it out.

Let's start with the fact that there are several varieties of this game. For example, you can sit at the gaming table either alone or in a group of like-minded people. The rules can also be different.

Before each game, which includes rounds, bets are placed by the players. And these bets are placed with the so-called boxes. The minimum and maximum rates are indicated. To select a bet, the icon of the chip with the desired denomination is clicked. And as all the bets are made, two cards are issued to the players, and one / two to the dealer. (One card is European blackjack, two is Atlantic City).

The player's goal is to defeat the dealer. To beat the dealer, you need to score 21 points and no more. If you score 22 points, this is called "bust" and you automatically lose. If you have scored up to 21, or rather, missed, and the dealer is more than 21, then, accordingly, you win.

Also, players can have additional cards in order to collect additional points.

After the players have made a move, the dealer will complete the deal with or without additional cards. The dealer has strict rules and depending on the blackjack he follows them.

There is also the best hand in the game - blackjack. Yes, that's exactly what it is called. For it, the player can get a certain prize. Blackjack is a specific combination of cards that includes an ace and any other 10-point card (10, jack, queen, or king). Ideally, these should be the first two cards dealt to you. It is with them that you will definitely not lose. But it may so happen that the dealer will have the same combination. In this case, you will have a draw, since you are in equal positions.

As you probably already guessed, tens, as well as jacks, queens and kings are equal in value to 10 points. Ace - 1 or 11 points. For example, if you have a 4 and an ace in your hand, it will be 5 or 15 as you decide. If your ace is 11 points, then the total amount is 15. The total amount in the game is called "soft".

With a soft hand, you can take one more card, or double your bet, so as not to risk being bust. 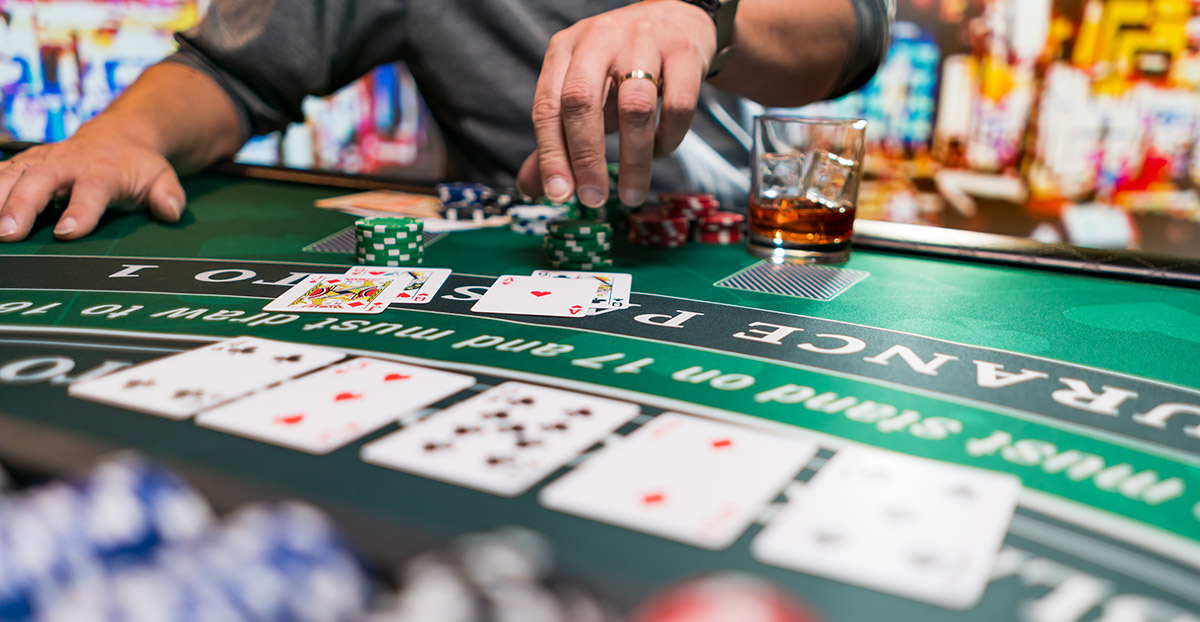 Winning a blackjack deal usually pays out a one-to-one - 1: 1 win, the so-called "equal money". For example, you bet 20 chips and win the hand, then in addition you get another 20 chips to your bet. If your winnings are with blackjack, then the winnings are calculated at the odds of 3: 2, that is, a part is added to your bet, namely - 30 chips.

If it so happens that you have an equal number of points with the dealer, you end the hand with a “push”. Push is a draw. You just get your bet back to yourself with no additional surcharges. Well, if it so happened that you lost, then a casino wins.

The winnings are paid out after the dealer's move. It is necessary to understand the game in detail in order to clearly understand when the dealer will deal additional cards. In some variants of the games the dealer can stop at the soft 17, while in others it is possible to take another card. In all varieties of blackjack, the dealer draws a card for any hard or soft 16 or less. 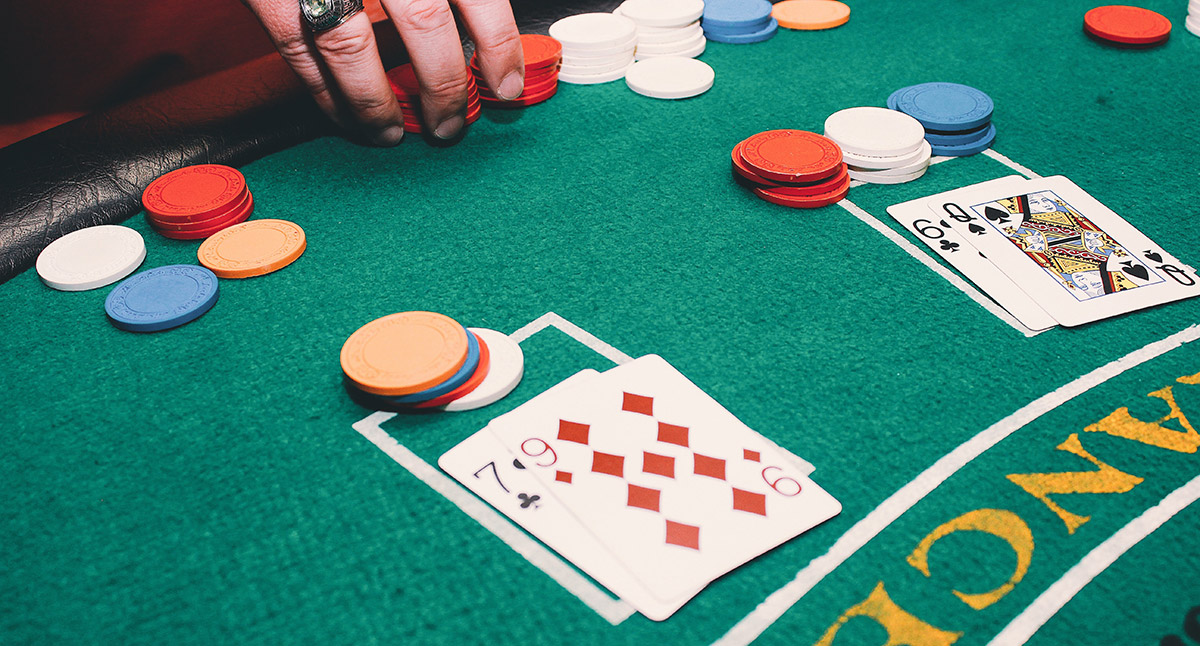 Splitting, doubling the bet and refusing to play

It should be borne in mind that the player's actions in the game are not limited to taking additional cards. In some cases, other actions may be available for players, depending on the cards.

The split option turns one hand into two, which gives you a better chance of winning.
At the moment of splitting into a new hand, the bet is identical to the initial one. Splitting is available in the following situations:
The first two cards are of the same value (king and ten, two sixes, etc.). Both hands are independent of each other, each wins, loses or draws separately from the other.
Note that some variants of blackjack involve a split that can be done multiple times. If we talk about splitting aces, then there may be additional restrictions. For example, when splitting aces, you can take one additional card, which reduces the chances of winning, well, and get another opportunity to split the hand or double the bet.

Doubling a bet implies an increase in the bet made initially and under certain conditions.
After the first two cards are dealt, players can place additional bets equal to the initial ones and, therefore, receive an additional card.
The doubling of the bet is carried out in all variants of the blackjack game, regardless of the first two cards issued.
You can double the rate after the split, but there is something else to consider. For example, after splitting, the option with doubling the bet is available. At the time of doubling the bet after the split, the same rules apply as in the normal variant.

Oh blackjack. This is the most popular game among gamblers and online casinos. At the beginning of the last century, the game gained incredible popularity all over the world, and today it is one of the favorite card games in casinos.