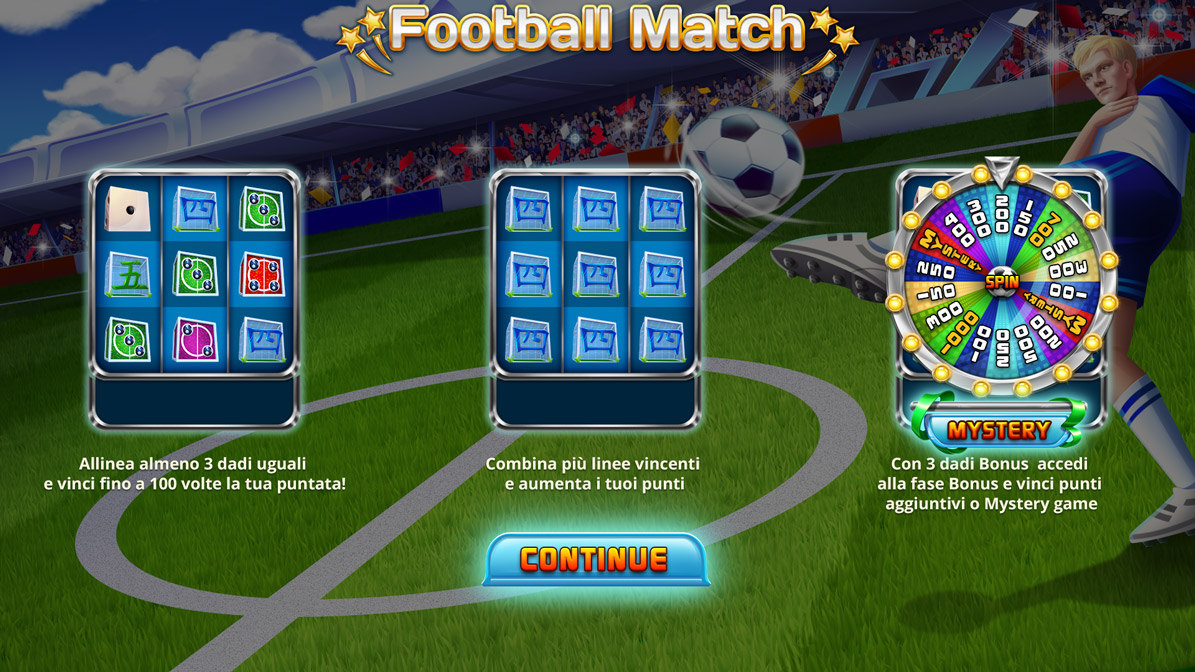 In “Football Match,” football fans can not only watch, but also participate in the competition. Each time new symbols appear, the intensity of passion can be compared to a corner kick or even a penalty kick. Where the ball will fly is impossible to predict. It is also impossible to predict the next symbols that will appear on the screen. Belive, this game can last much longer than a classic football match of 90 minutes. There is no limit to the number of overtimes, so players can try their luck again and again. 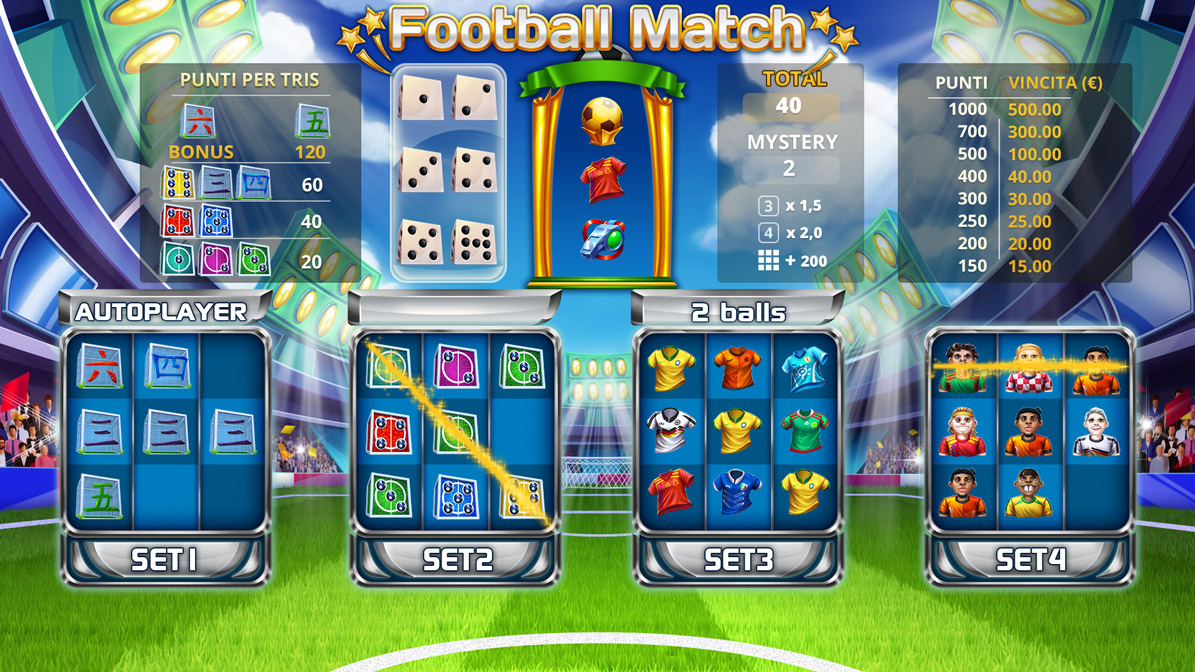 There are 4 sets on the main playing field. In each of them, players place symbols to collect winning combinations. One of them is the Autopayer set. The sets are decorated in high tech style, like a scoreboard at a stadium. The decor is dominated by shades of gray and blue, simple straight lines and minimalism in details. The field on which random symbols appear is designed as a location for a football cup. Additionally, there is a paytable on the playing field with the designation of points for each symbol. The result of the game can be easily tracked according to the standings. 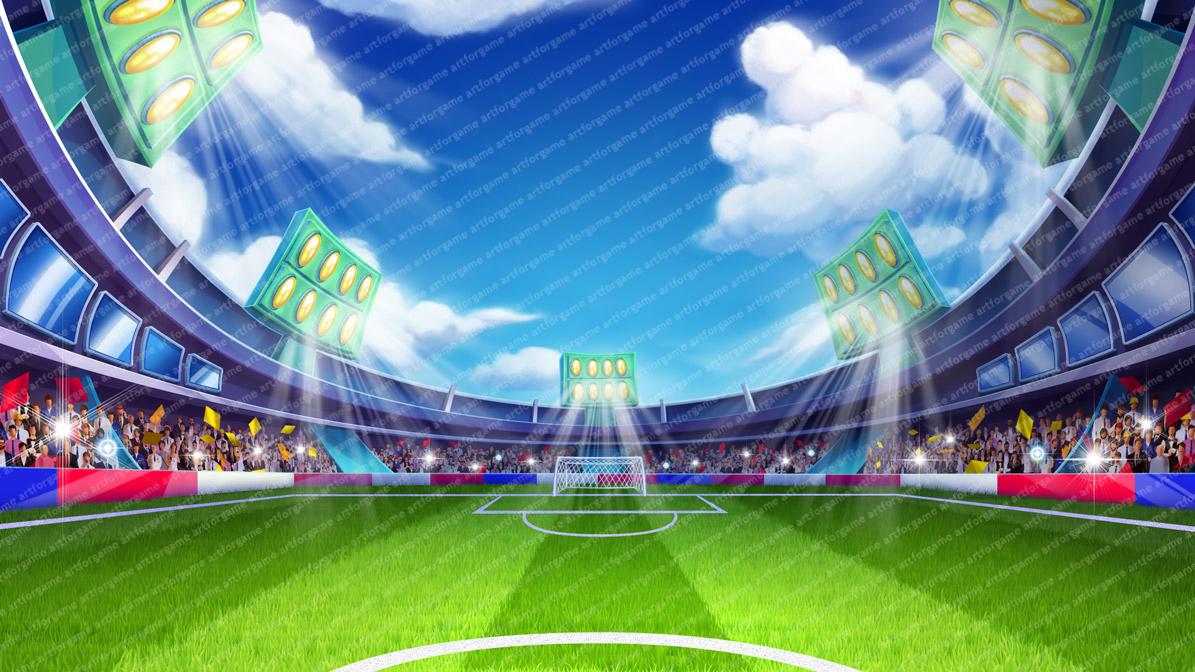 The playing background takes players to the stadium. Moreover, the angle is selected in such a way that the players feel like a goalkeeper. A view of the green lawn and the opponent’s penalty area opens up. There is no one on the field yet, so there is an opportunity to look around for all the details. The stands are filled with fans. In the hands of fans, bright multi-colored flags are waving. You may notice camera flashes. It seems like everyone is looking at the only player, he is the real star here. Bright spotlights illuminate the field. The coveted comment is about to sound: “The teams take to the field”. 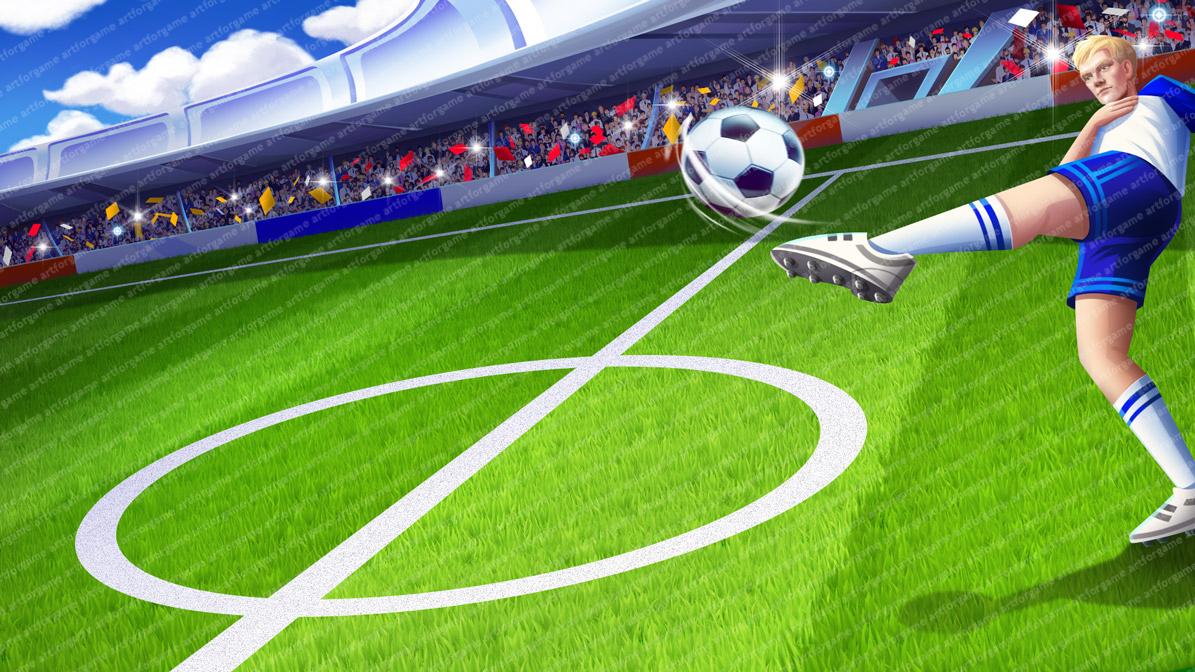 Another game background is dedicated to the acute moment of the match: a ball is played in the center of the field. With an accurate kick, the player sends the ball to the half of the opponent. Even in a static picture, you can see how the ball begins to spin and speed up in flight. See how focused and tense the player is.

The highest symbols of the game are the award in the form of the Golden Ball and the referee’s whistle. The cup is, of course, a symbol of victory and a dream of any player. The moment when members of the winning team pass the coveted award to each other and take turns kissing the cup – the apogee of any tournament. As far as the whistle goes, this little item has a huge role to play! Oh, how the players who win are waiting for the final whistle! And as they hope that there will be no whistle, the players are hoping to win back. The course of the game can be any, but only after the final whistle can we confidently speak of victory. 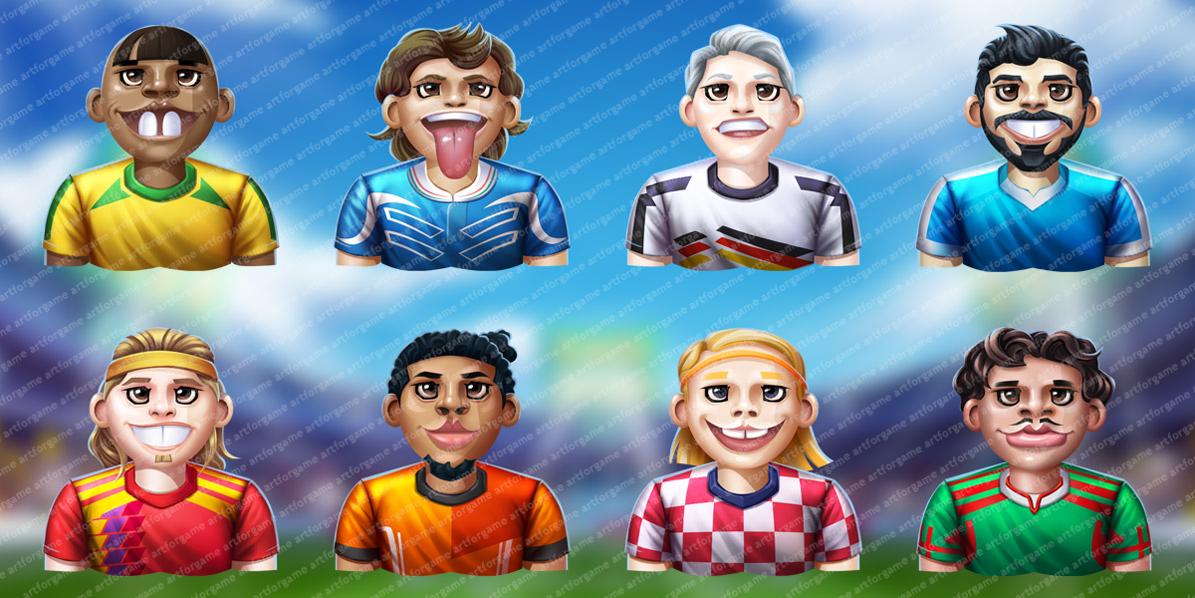 The following symbols are dedicated to athletes who have written their names in the history of football. Passionate fans can easily recognize their idols by their personality traits. The symbol with the player in the form of the Brazilian national team is of course dedicated to Ronaldo. His recognizable hairstyle and large front teeth leave no room for doubt. By the way, the striker made this unfortunate haircut before the 2002 World Cup. And it was in this form that he celebrated the victory. And here is the captain of the Netherlands national team Van Dijk. It is easy to recognize him by his bright orange uniform, and by his hairstyle, and by a small, neat beard. Here you can also see symbols dedicated to players of other teams. 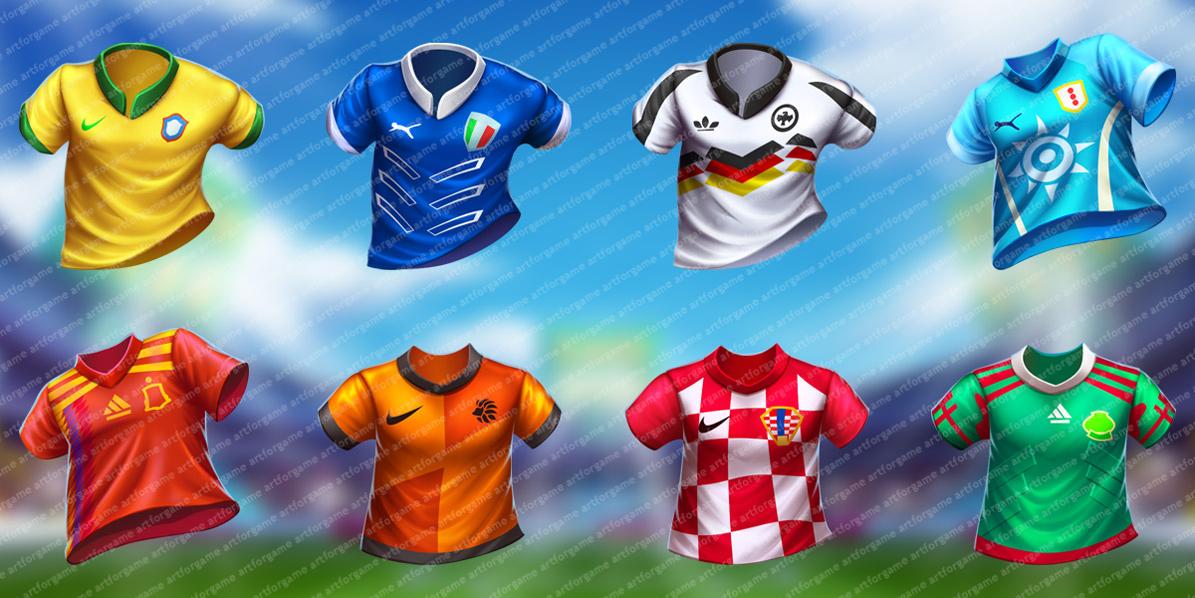 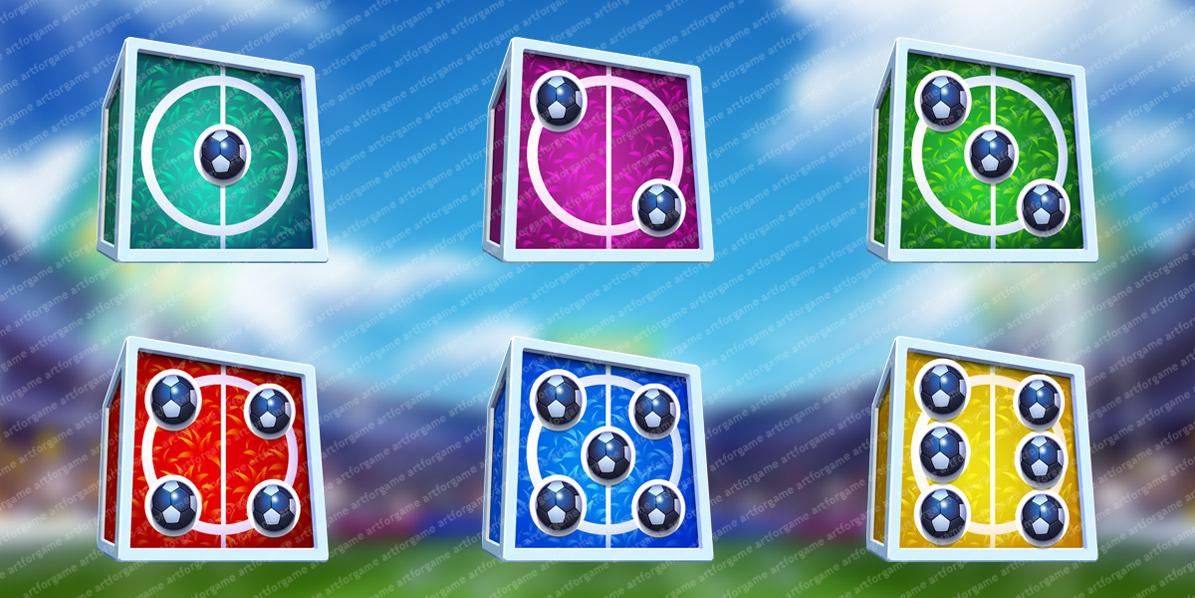 The multi-colored cubes depict a football field with a different number of balls, from 1 to six. 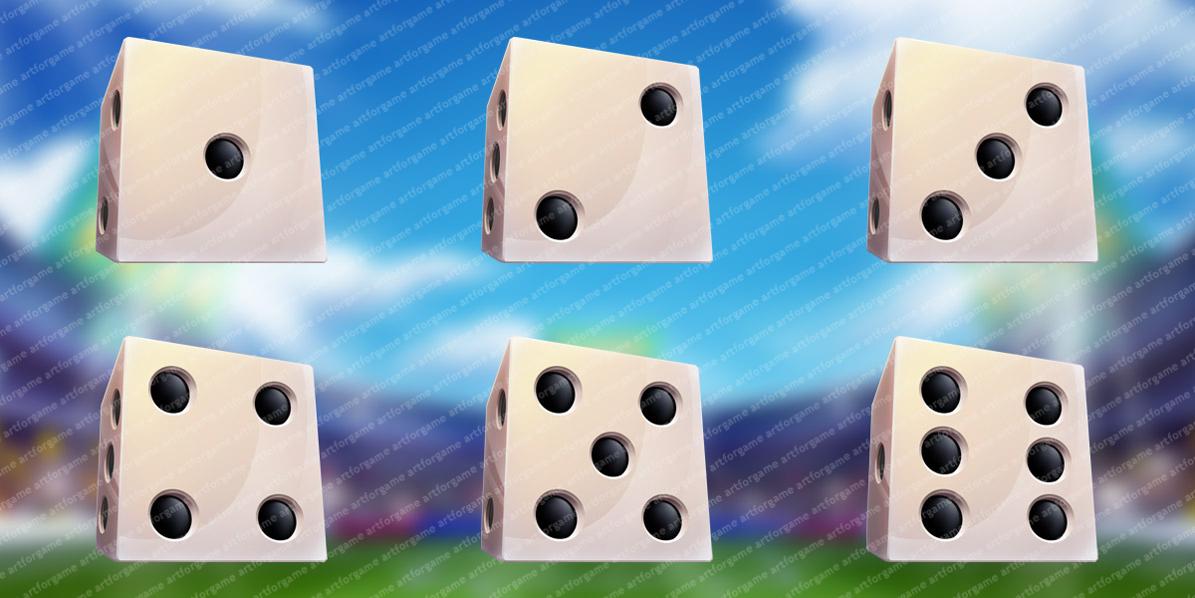 There are also 6 symbols in the game with classic dice.

Four more symbols are designed like football goals, and hieroglyphs are located in them. 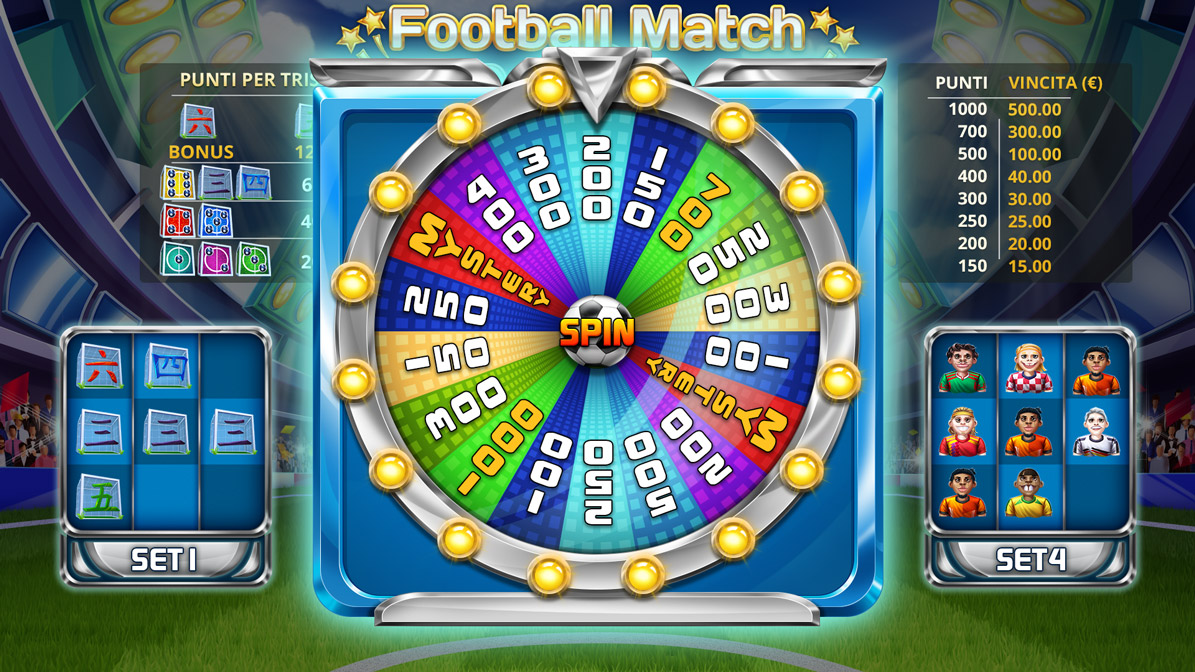 Players can get additional points using the wheel. The “Spin” button on it looks like a soccer ball. 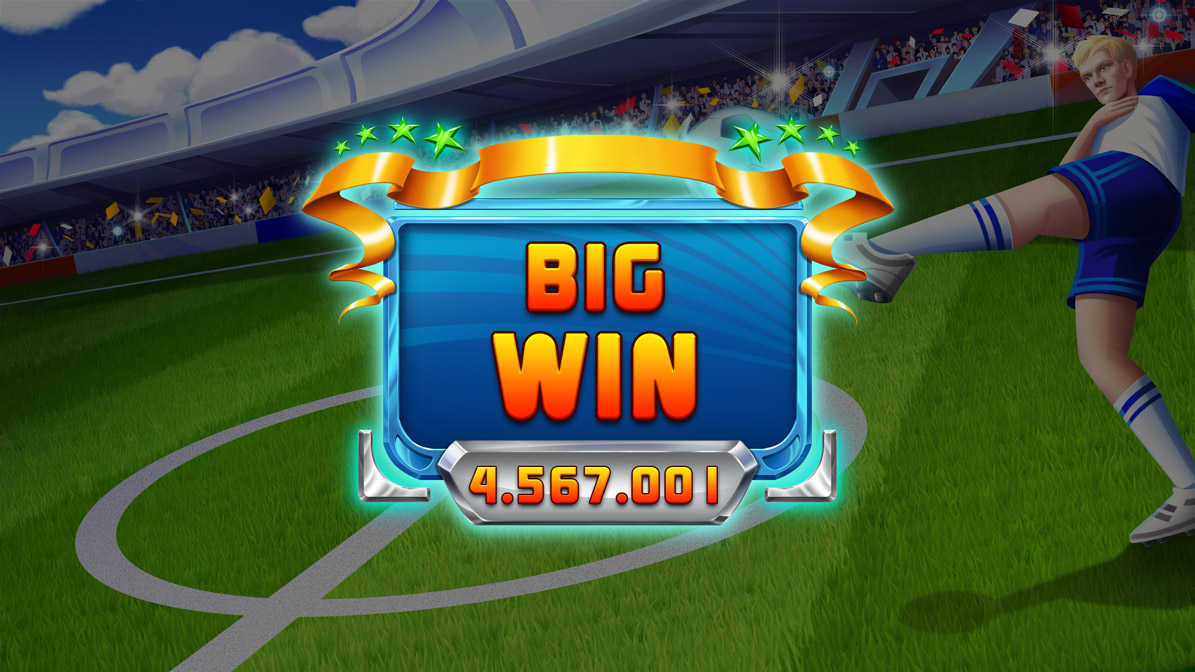 On the greeting screens, the playing background with the football player is darkened. A bright image appears with a scoreboard and a congratulatory inscription. There is an orange tape above this plaque. In the case of Big win, there are 8 stars next to the ribbon. 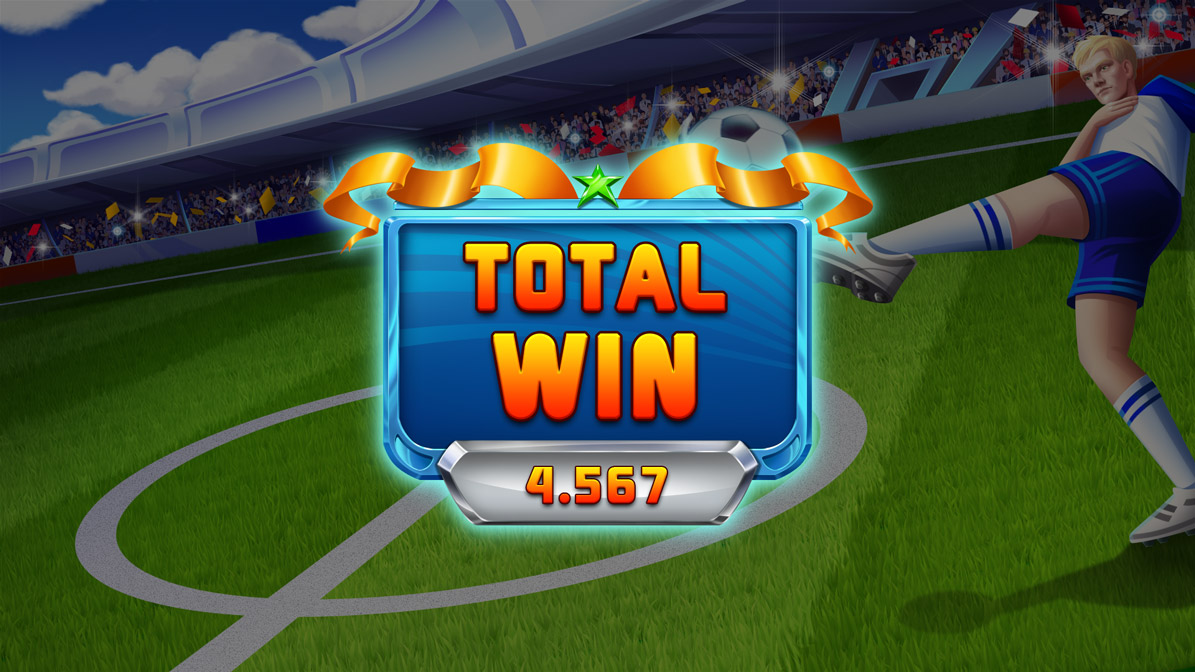 In the case of Total win, the screen looks the same, but there is only one star. 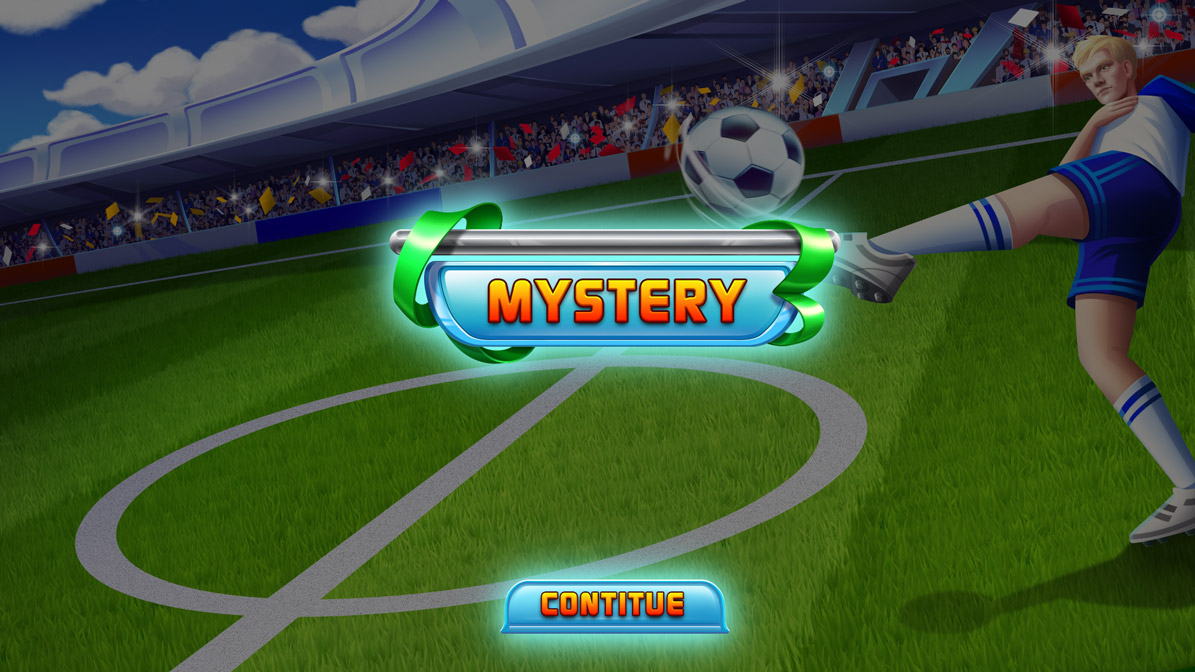 A small sign with a green ribbon is used for the screen labeled “Mystery”.