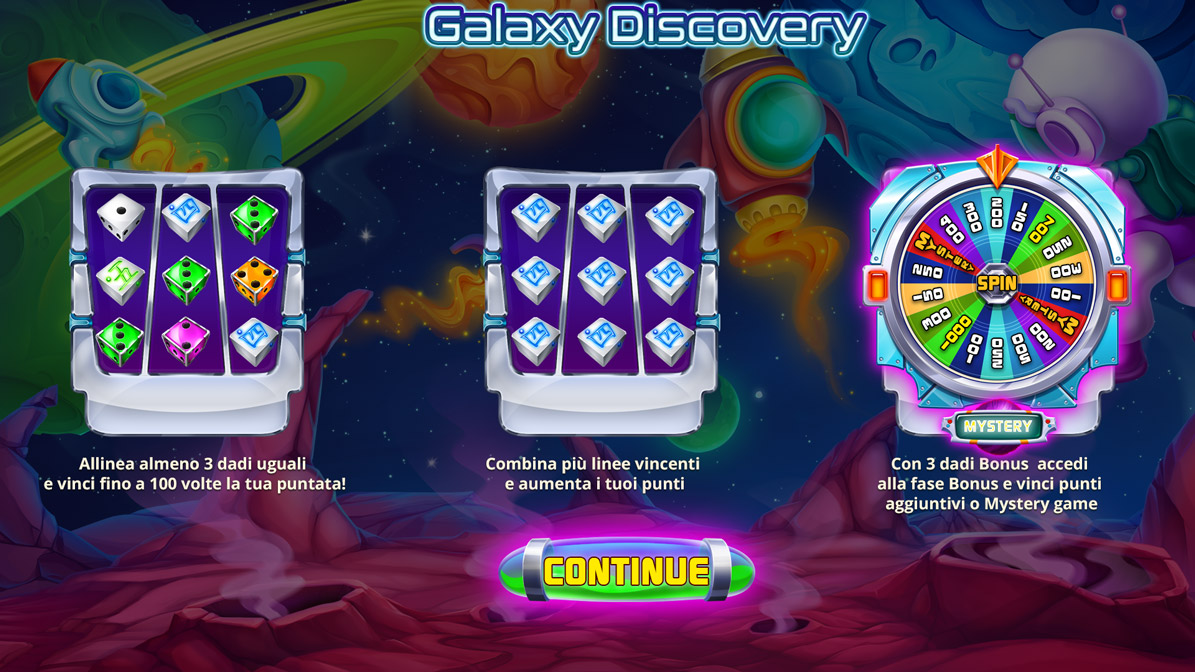 The first screen shows winning combinations – a line and a whole set. In addition, you can immediately see that there is a Wheel of Fortune in the game. 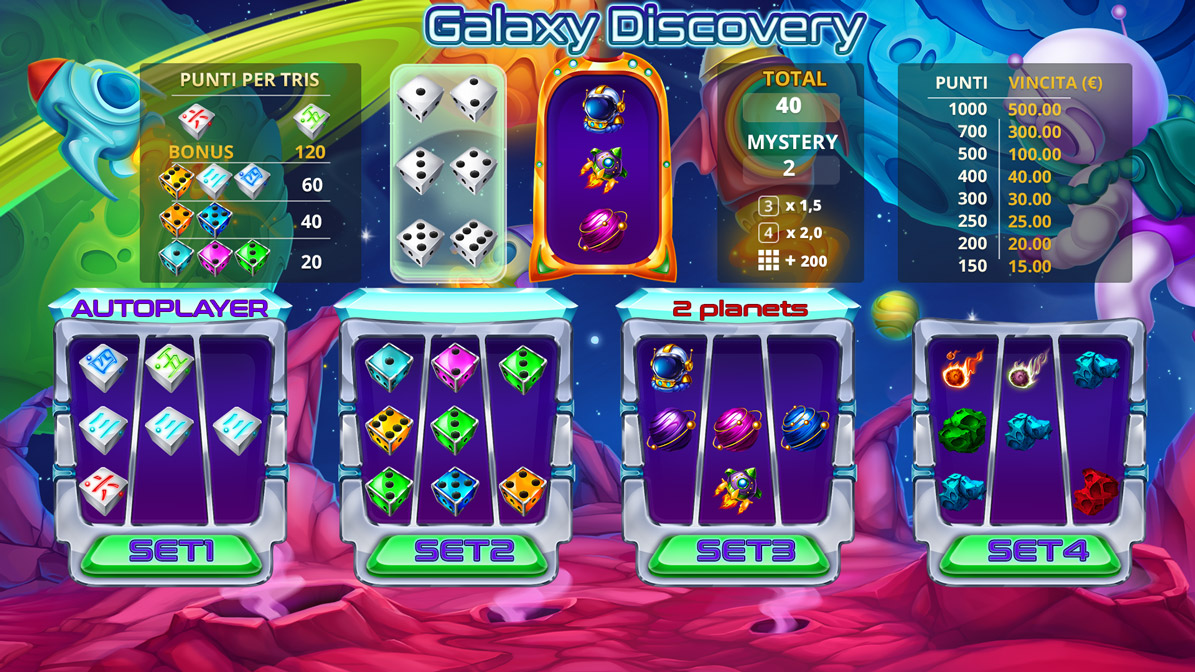 On the main playing field there are 4 cells in which players will collect combinations of symbols. They are designed like a dashboard in a spaceship. In addition, there is a scoreboard with scores for each symbol and a table for the results. At the top, in the center of the screen, is the cell in which the symbols appear. It attracts attention because it is framed in the form of a bright orange rocket. 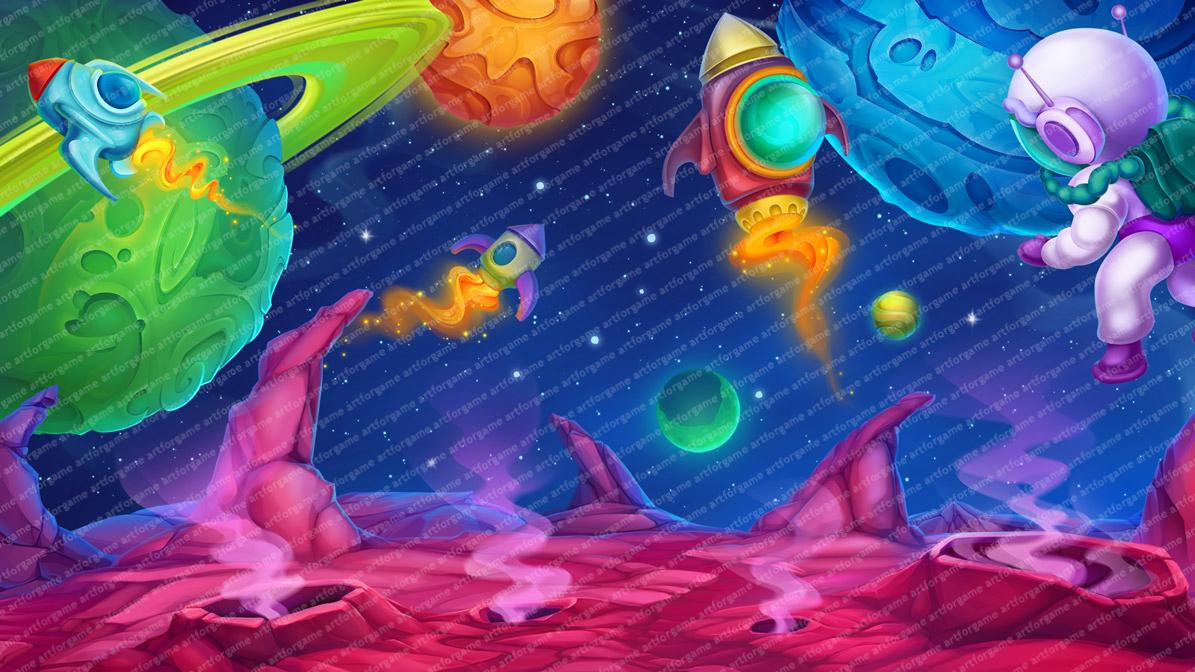 The game background takes players into space. A view opens on the red surface of the planet. It can be assumed that this is Mars, which humanity seeks to study. A brave astronaut in a spacesuit is also depicted here. Obviously, the conditions on the planet are not conducive to humans. Nevertheless, our hero went away of his ship in order to better study the situation. Planets and spaceships are also visible, which are rapidly flying, leaving behind a glowing trail. 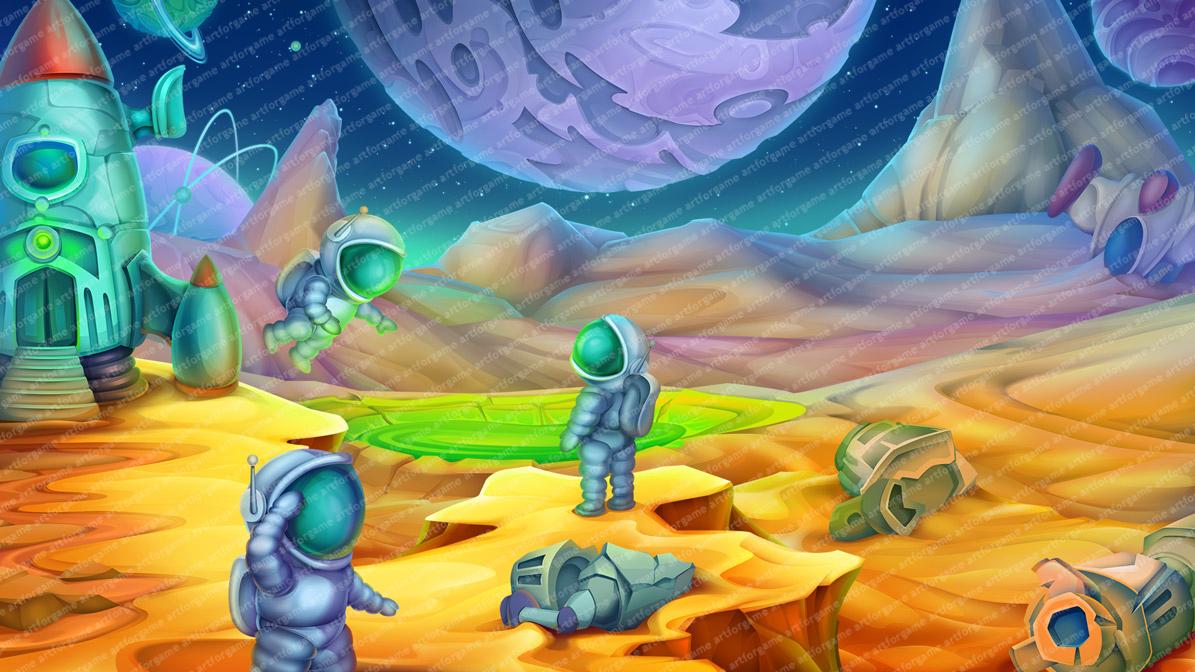 In the second version of the background, we see a spaceship that has landed on an unfamiliar planet. A group of astronauts have already landed and are looking around. All characters are in spacesuits. It can be assumed that they crashed or came to the aid of another ship. This option is indicated by the debris that are visible on the surface of the planet. 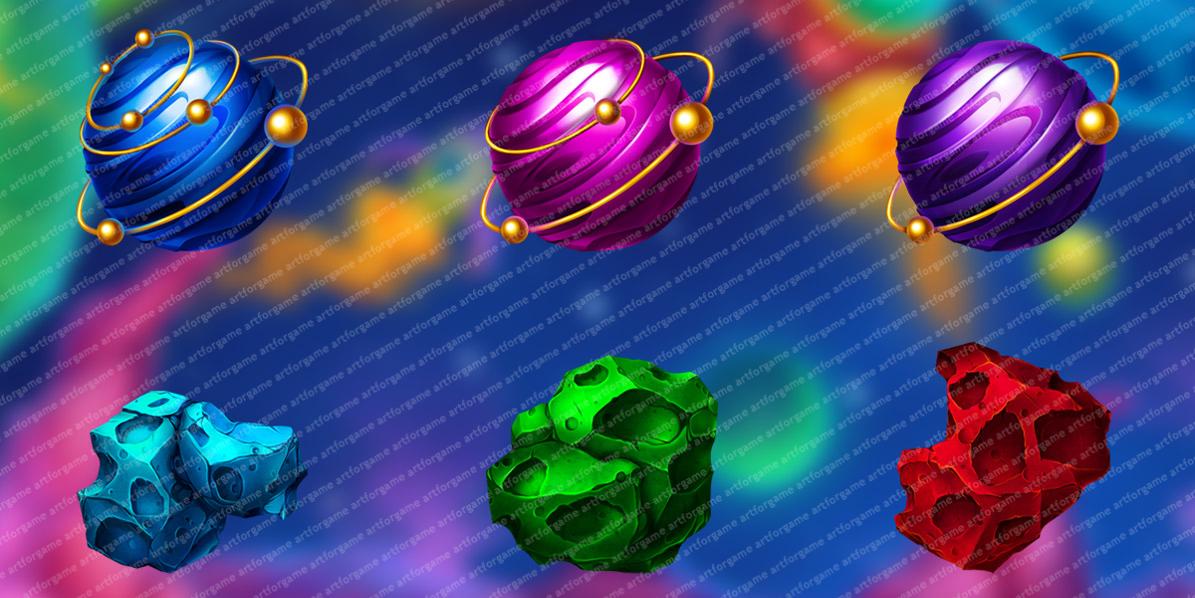 The first screen contains symbols in the form of planets and asteroids. The three planets differ from each other in color and in the number of orbits. The blue planet is surrounded by three orbits with satellites at once. The crimson planet has two orbits. The purple planet has only one orbit. These differences help the players navigate the symbols faster. The golden color of the orbits and satellites on them looks contrasting and stands out against the background of each planet.

Three more symbols are fragments of celestial bodies, asteroids. They also differ from each other. Each symbol has its own color – blue, green or red. They also come in different sizes and shapes. 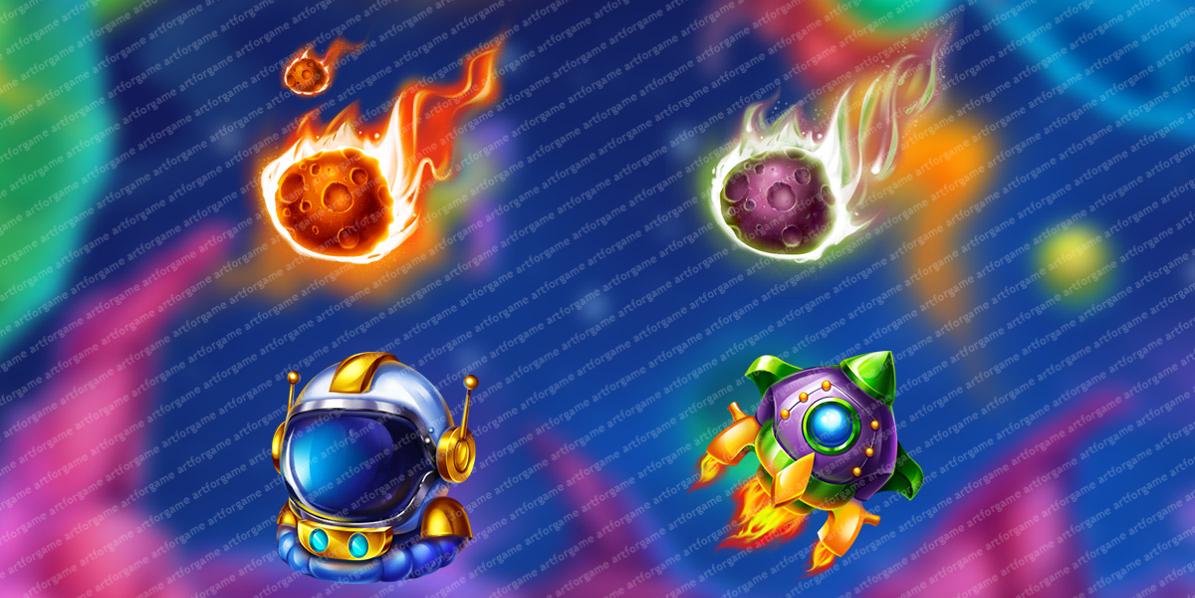 The following symbols continue the theme of the game. Two symbols represent meteorites that burn during flight. A small fragment has already broken off from the orange meteorite and is flying alongside. A purple meteorite glows with a white-green flame. In addition, two symbols are dedicated to travel in space – this is a part of an astronaut’s spacesuit and a spaceship. Pay attention, the spaceship is tending upward, the astronauts in it are striving to open up new spaces. 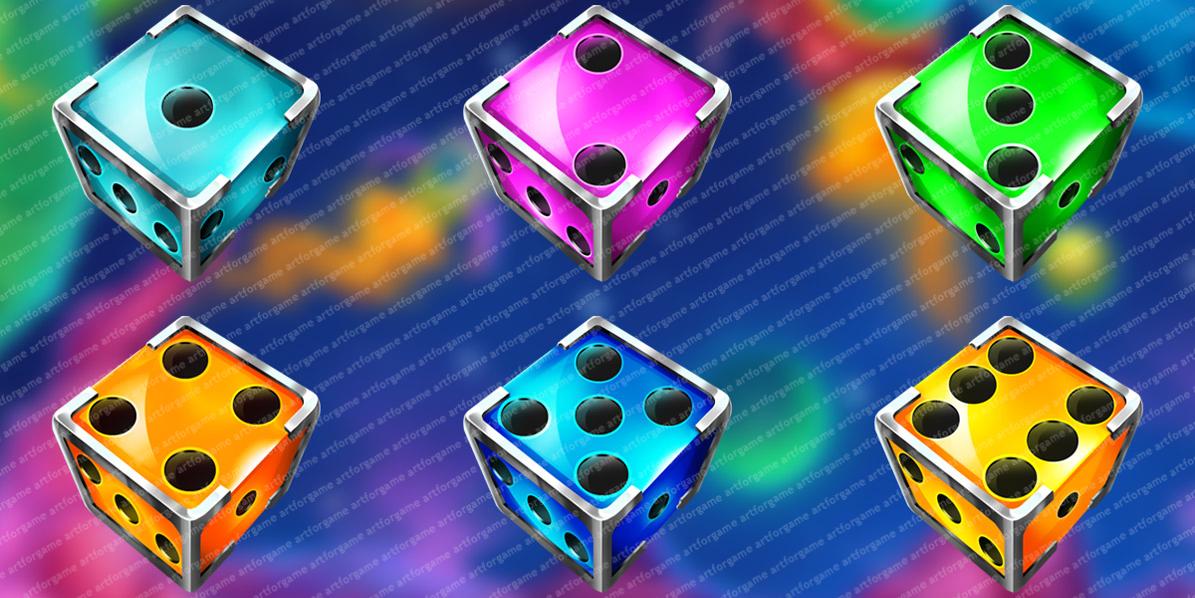 Multi-colored dice adapted to the theme of the game. You can see stripes of white metal on them, which imitate the covering of spaceships. 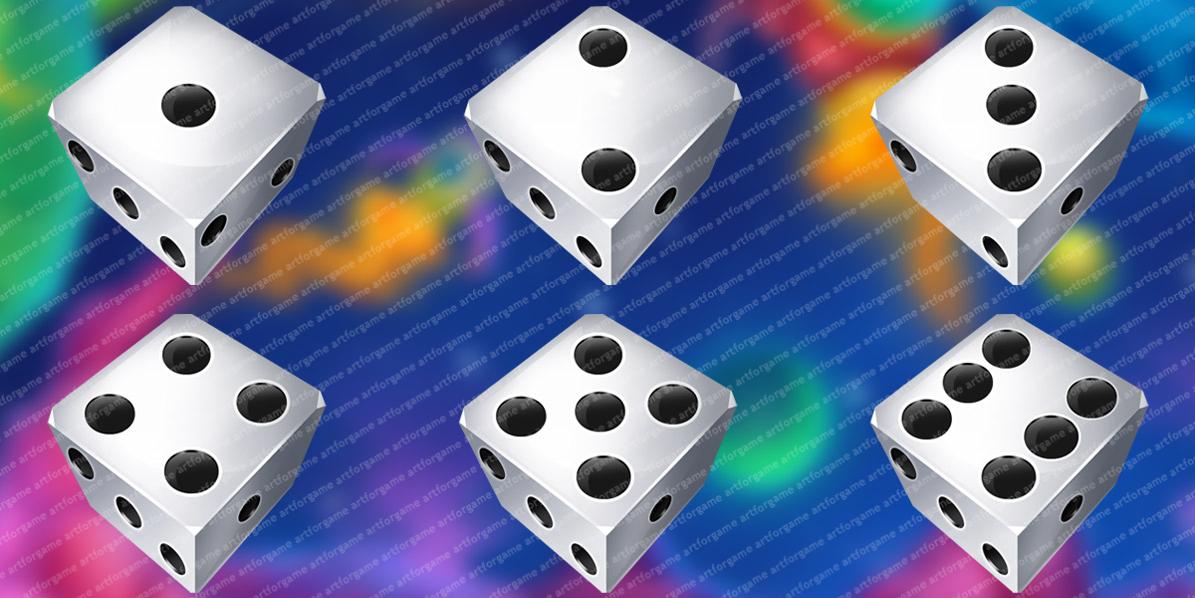 The game also provides a variant with classic white dice with a value from 1 to 6.

Another type of symbols that are in the game are traditional dice with Chinese hieroglyphs. 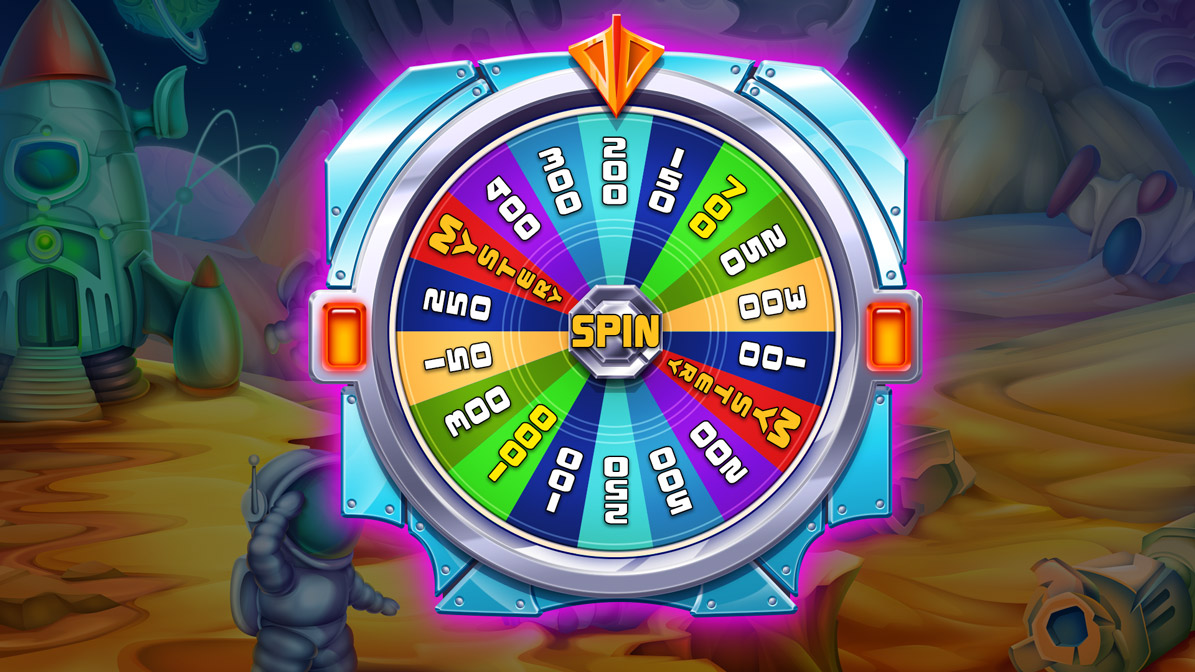 The Wheel of Fortune is also designed in the Galaxy Discovery style. The wheel itself is like a hatch that separates the astronauts and protects them. This hatch must be opened to go into outer space or take a step on a new planet. On the sides of the wheel there are two sets in the form of a control panel. 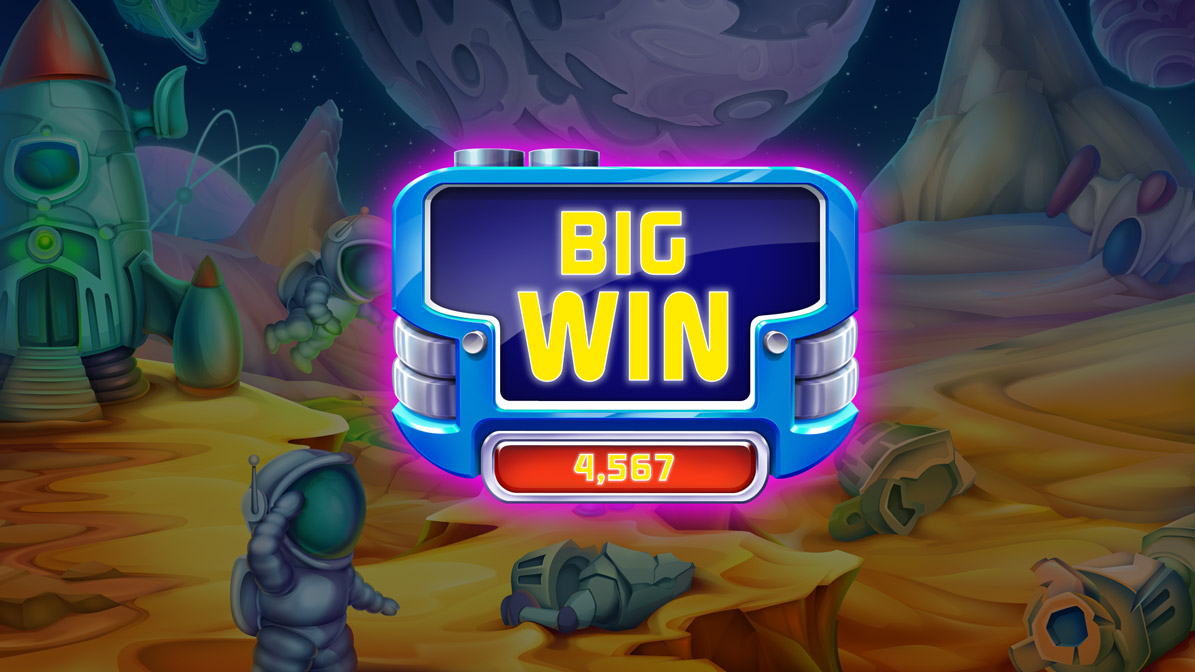 The background of the game is darkened on the greeting screens. A bright display appears in the form of scout robots. Such robots can be launched on new planets so as not to expose astronauts to unnecessary danger.

On the “Big win” and “Total win” screens, the inscription and the score are displayed on the screen of a blue robot. A simplified version of the robot is shown for “Big win”. 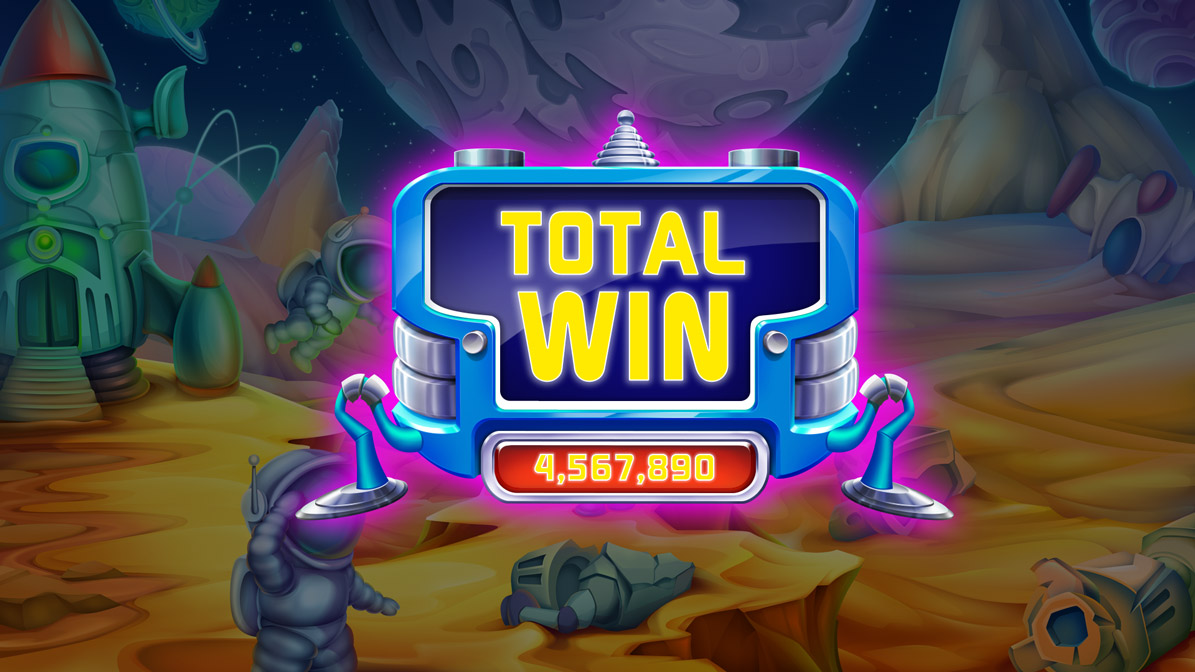 The background for the text “Total win” is a robot in its full version, with an antenna and “tentacles” for movement. 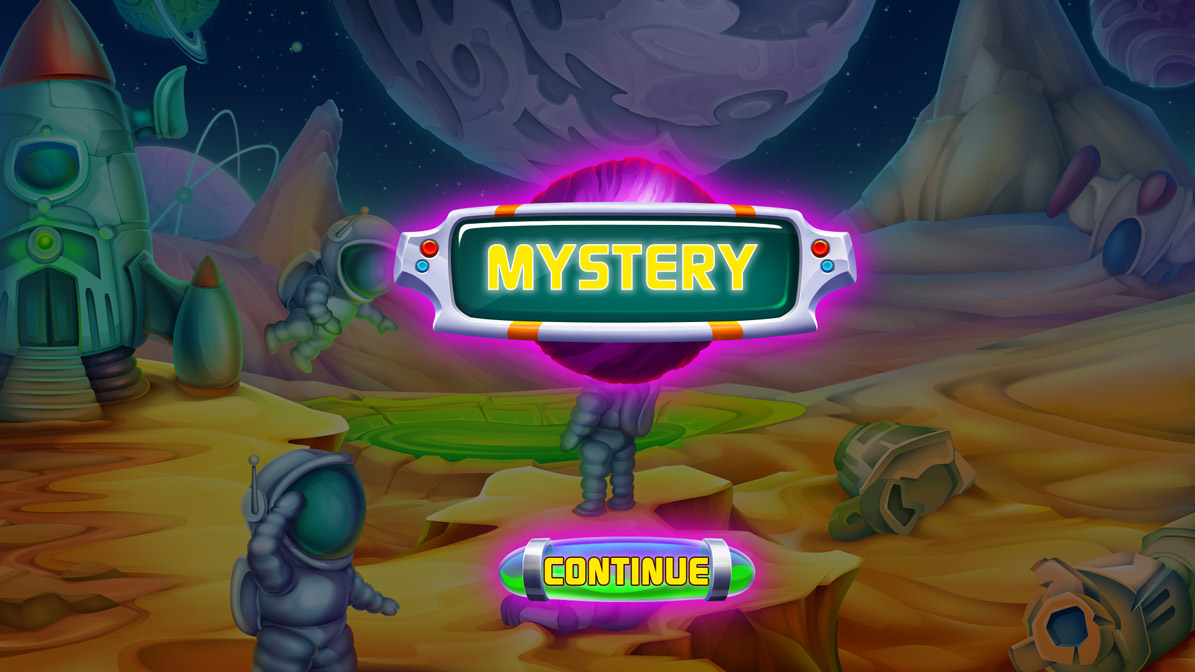 For the “Mystery” screen, the plate design is different. The inscription appears on a small aircraft hovering above the planet’s surface. The “Continue” button is shaped like a capsule that separates from the spacecraft.